My office is having a tailgate-themed potluck party next week and I’m torn on what to bring.  Salty?  Sweet?  Main dish?  Appetizer?  The “problem” with potlucks is that if everyone makes a big batch of something, you end up with gigantic amounts of food!  I guess that’s a good problem to have.  Once I figure out what to bring though, it’s off to the store, using Nicole’s full list of what’s on sale this week!

One of my favorite things to order at restaurants is potato skins.  Which is strange because they aren’t hard to make, but they do take some time – mostly time waiting for the potatoes to bake.  Want to make some yourself?  Do this! 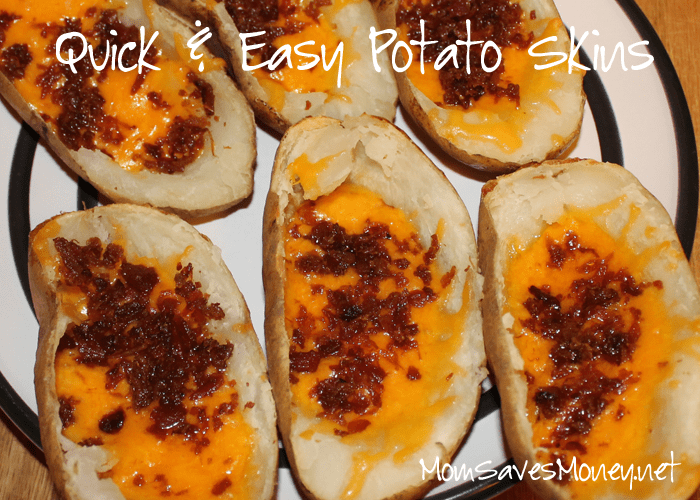 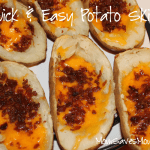