“March: In like a lion, out like a lamb!”  Whenever I hear that phrase, I automatically remember bulletin boards that my elementary school teachers must’ve had.  Pictures of storm clouds and wind.  Pictures of lions and lambs.  That’s the impact that teachers have – their students can recall different images or words that were taught in their classroom.  While I’ve never desired to be an official teacher like in a “real classroom”, I do hope I’ve taught things. Particularly to my children – big things like kindness, sure.  But also little things like not using mittens as socks.  And not to flush door stoppers down the toilet.  And don’t swallow pennies.  Lessons I never thought I’d have to teach, but apparently, you do.

March is also known for Madness.  Not mental illness, although that’s important to remember.  But NCAA basketball.  While I’m not a fan of the sport, I have been known to fill out a bracket just to win either a few bucks from an office pool or bragging rights.  Here’s a helpful tip though: filling your bracket out alphabetically by team name isn’t a winning strategy.  It’s as good as anything else random, but you’re probably not gonna win anything doing it that way. 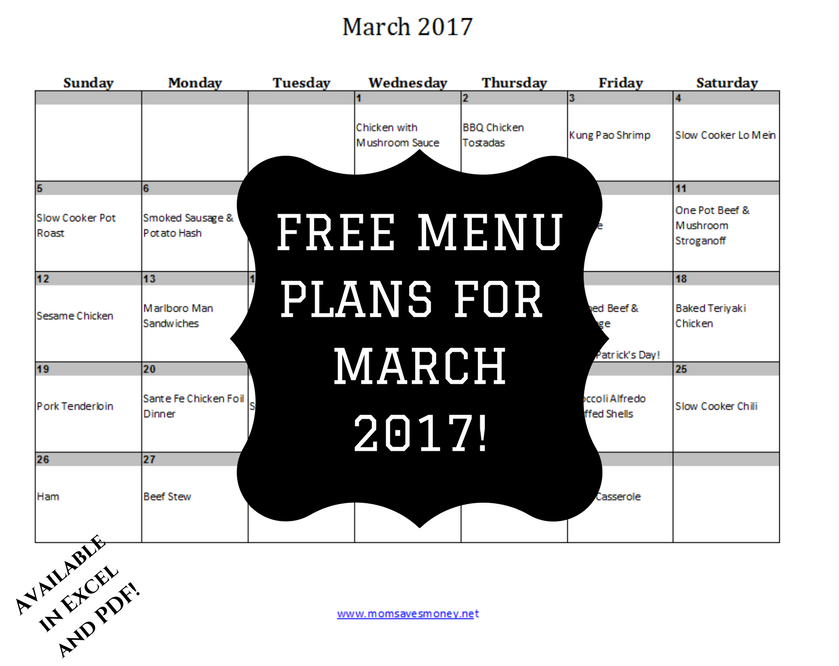 Speaking of madness, it’s madness not to have a menu plan!  Well, for me anyway.  Not having a plan is guaranteed to increase my stress level AND my grocery budget.  Both of which are important to me.  Both of which I want to be low.  So a menu plan it is!

Do you have a menu plan?  If not, start with this one!  Use it as is or feel free to customize it! 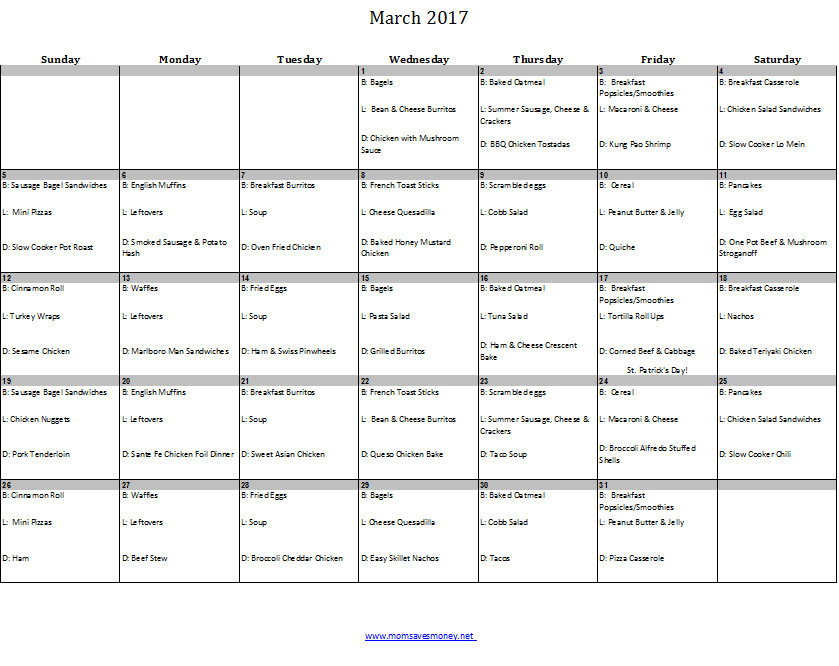 The Dinner Only Menu: 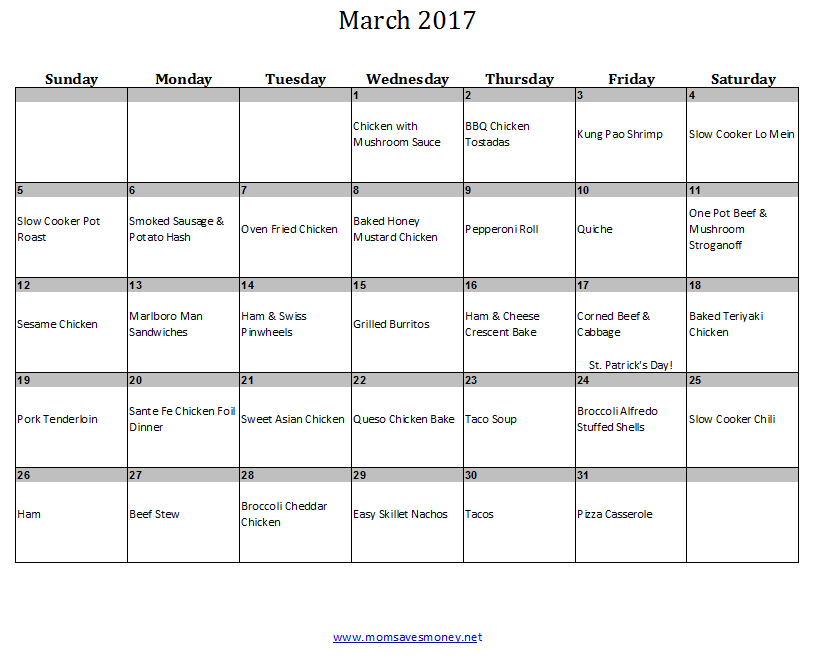 What if I don’t know how to make that meal?
Awesome!  Included are the links for the recipe that I usually use.

What if I don’t like your recipe?
Awesome!  Use whichever recipe you normally use and just use this basic plan as a suggestion.

What’s cool about this menu plan?

Meatless Fridays! (Except for St. Patrick’s Day!)  Helpful for those celebrating Lent or who want to add some variety to their dinner rotation.

Breakfast & lunch are simple and repetitive while still providing variety.  For dinners, I try to have a lot more variety each week – some beef, some chicken, and some pastas.  That way you won’t get too bored.  There are also plenty of ways to save time when using this menu plan.

Examples:  When prepping chicken at the beginning of the month, make enough for the other recipes and freeze it for future use.  When making ground beef, brown 2-3 times the normal amount and freeze that. Check out these easy crockpot instructions for bulk cooking chicken and bulk cooking ground beef. It makes it super quick to pull meals together!