Eat From Your Freezer Challenge – Week 2!

Last week, I posted about my deep freezer.  How it’s gotten to a bad state.  How I was going to start intentionally eating from the freezer.  Here’s my update on how it’s going so far. 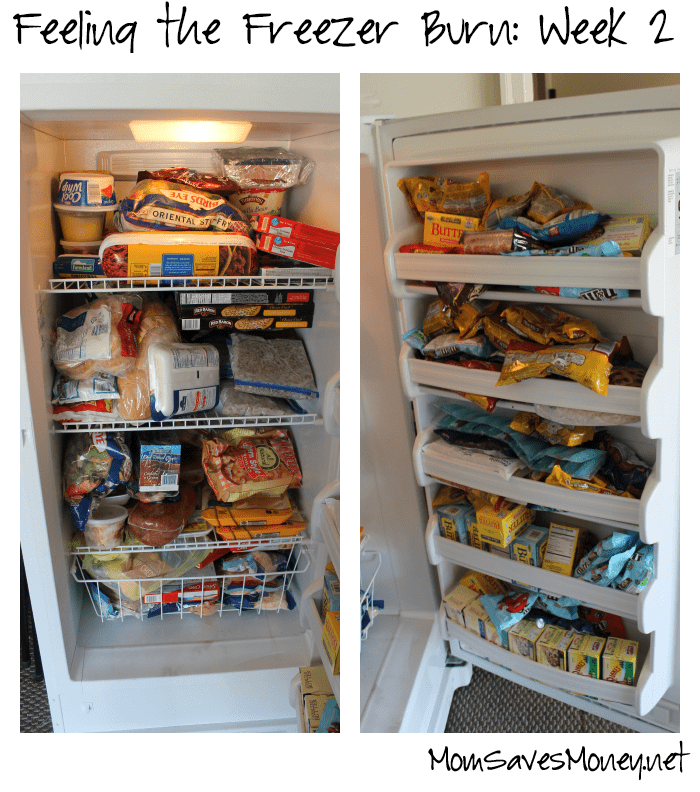 o   5 English muffins
o   4 individual frozen meals (that I had made and frozen before, just did not freeze well)

For some, this doesn’t look like a lot of food.  But, remember that it’s just me, my husband and 2 toddlers.  Two pounds of chicken is 2-3 meals for us (including lunches).

It’s looking better.  Not a lot better.  But better.  I think another week or two of really concentrating on eating from it will make it “empty enough” to start organizing better.  That’s something that I’m really lacking with as full as it is – the other day, I pulled out cheese that expired in October of 2013.  That’s 15 months ago!  That just doesn’t need to happen.

How are you doing on your goals this month?

Jayme is a wife to 1 and a mother to two little boys and a third boy due in April 2015. She coupons, but isn’t super extreme about it. She price matches and loves it! While she likes to cook, she’s in the stage of life where simple is usually better! She never knows how many hands she’ll have free at dinner time! You can find her at No Regrets Living.