Kitchen Hack – How to Freeze Rice!

This is another one of those “I can do this in bulk, so why make it every time I need it when I can do it once” types of kitchen hacks.  Along with making a big batch of bacon in the oven and making a large amount of shredded chicken in the slow cooker, this is a time saver.  This time, it’s making a bunch of rice to use in future meals.

If I’m making a stir fry, then I’ll make rice for that meal while the stir fry is cooking.  But if I need rice for a soup or a casserole, then it’s nice when I can just grab some from the freezer and throw it in the dish and move onto the next step.

The instructions can’t be any simpler – just make the rice as the package says.  Just make a lot of it.  Like 4-5 times as much.  Then, boom!  You have plenty for your freezer. 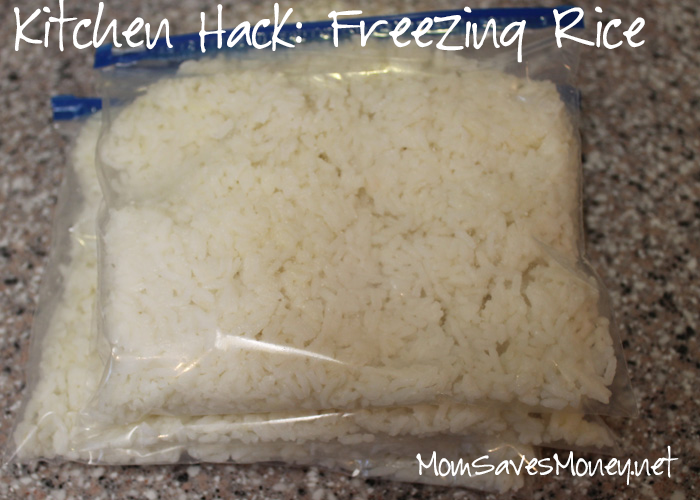 Follow the instructions on the rice package, but multiply the ingredients by 4-5.

Typically, you use twice as much water as rice, so if you’re making 4 cups of rice, you’ll need 8 cups of water.

For example, the rice package that I used had me:

Let stand for a few minutes, then drain off any excess water.

Let cool and then freeze in smaller portions. I typically do 1-2 cups of cooked rice in a package.