Another week, another chance to save some money on groceries using this week’s best deals!  Here are some menu suggestions:

I make some variation of this Beefy Mac & Cheese casserole about once a month (which is quite often for us), because it’s so easy to change-it-up!  If I’m feeling Italian, I use Italian spices (oregano and basil) and mozzarella cheese.  If I’m feeling Mexican, I’ll use cumin or taco seasoning with cheddar or Monterey Jack.  Freezes beautifully too!  I often split it in ½ and make ½ and freeze ½.  That works well for our small family. 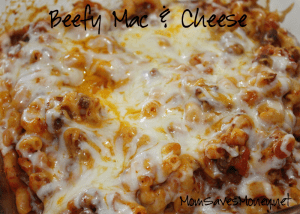 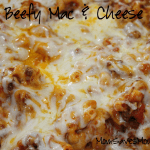 Freezer Instructions: I usually freeze these pre-baked.  In fact, for my family, I make 2 9x9 pans instead of a 9x13 pan.  Then on the day when I want to make them, I just de-thaw overnight or during the day.