I serve a fair amount of ground beef.  Not nearly as much as chicken, but still a good percentage of my recipes use ground beef.  But I don’t like to ground my beef each time I want to make something calling for it.  I’m not sure why, but it seems like a hassle.  Why cook just 1 pound of ground beef when I can do 5 or 10 pounds of ground beef and be set for quite a while? 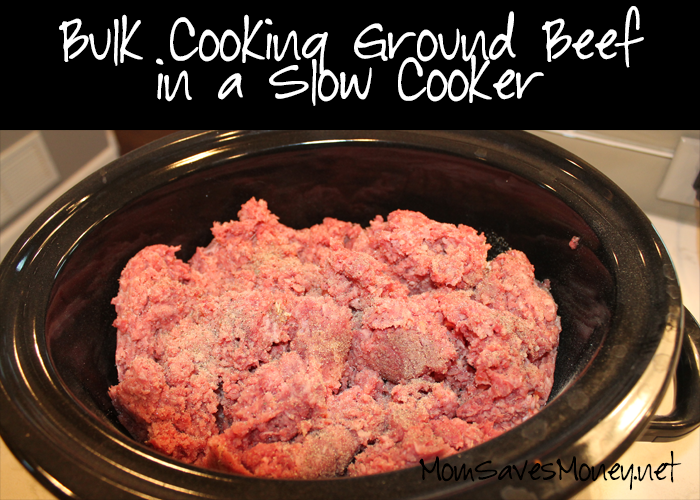 So that’s what I do.  Instead of browning just 1 pound, I do 5 or 10 pounds at a time.  But lately, I’ve been doing that in a slow cooker instead of on the stove.  Does it take longer?  Yes, most definitely.  But most of it is passive time.  I just get my food set up in the slow cooker, let it cook, and check on it later.  It’s fabulous!  Several hours later, I have plenty of ground beef ready to freeze in smaller portions, just waiting to be put to good use.  In fact, on a recent weekend, I dedicated my Saturday to doing this for both chicken and beef.  Since I have 2 slow cookers, I ended up with about 12 pounds of ground beef and 16 pounds of chicken, frozen and ready for cooking! 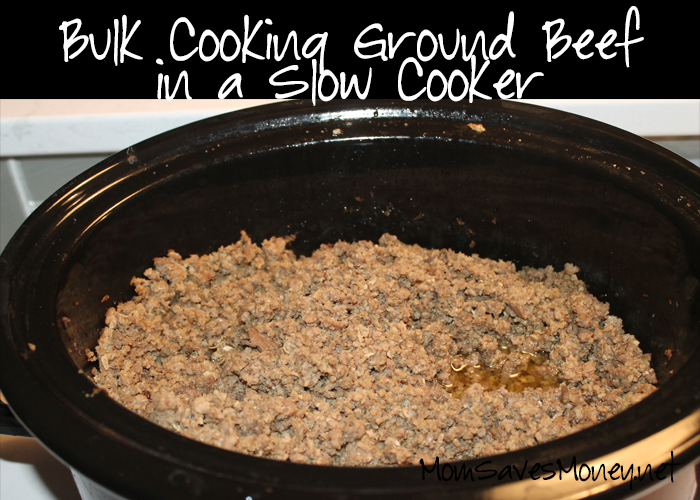 Some of my favorite ground beef recipes: 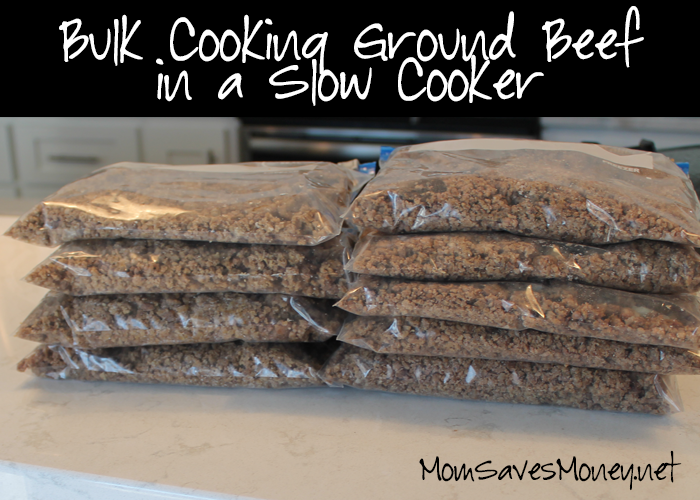 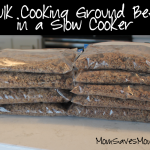