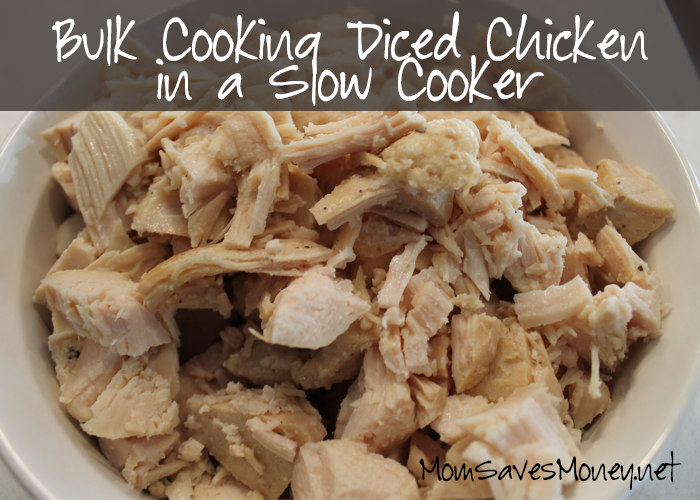 Well, I fall into the “I prefer diced chicken” group.  Why?  Doesn’t it taste the same as shredded chicken?  I guess it does.  Maybe it’s a texture thing?  I’m not sure of the reason, but whatever the case is, if you offer me a choice of chicken 10 times, I’m going to choose diced chicken every single time.  Every single time!

The good news is that just like you can make a bunch of shredded chicken in a slow cooker, you can also make diced chicken in the slow cooker.  And really, the cooking process is exactly the same — it’s just what you do at the end that matters.  Isn’t that great?  Shred some!  Dice some!  Either way, make a lot and throw it into the freezer!

I really like keeping some in the fridge for putting on top of salads.  Fast and easy! 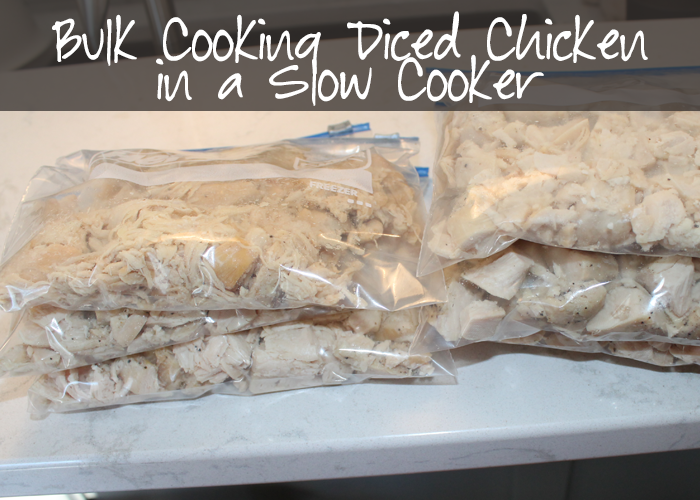 Again, use this chicken in all kinds of recipes, such as:

This is an especially great way to prepare chicken if you order from Zaycon! 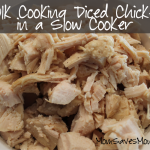