I don’t know how long the slow cooker has been around, but it’s been treasured appliance by many a cook over the decades.  Its ability to take food, cook it for long periods of time without using your stove or oven space is wonderful!  It’s an appliance that I use often – at least 3-4 times a week.

So, I thought: I bet I could use my slow cooker every single night of the week for a long time without repeating a meal.  So I challenged myself to see how many meals that I can come up with.  It was easily 6-7 weeks worth!  And that was just recipes in MY collection.  Recipes that I’m already familiar with.  Meaning: that isn’t counting the hundreds of recipes that exist that I haven’t made or aren’t part of my regular rotation.

Slow cooker recipes get a bad reputation for only being soups or icky, mushy food, but that isn’t so!  You’ll see that we have soups on this plan, yes.  But we also have Italian meals.  And Mexican.  And American.  And Asian food.  It’s great stuff with a lot of variety!  Give them a try! 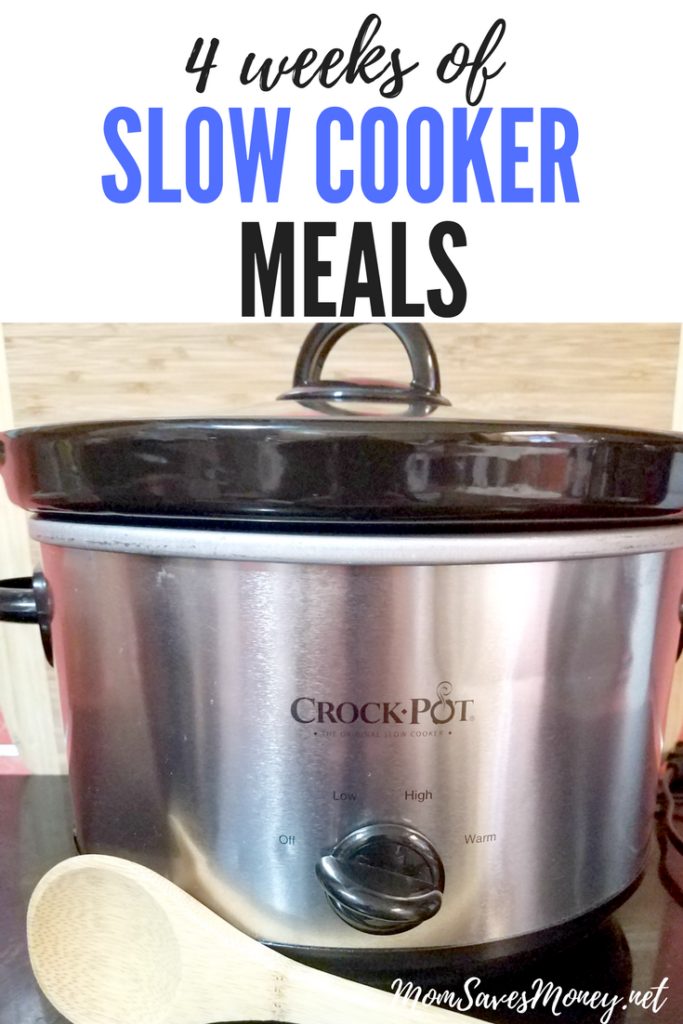 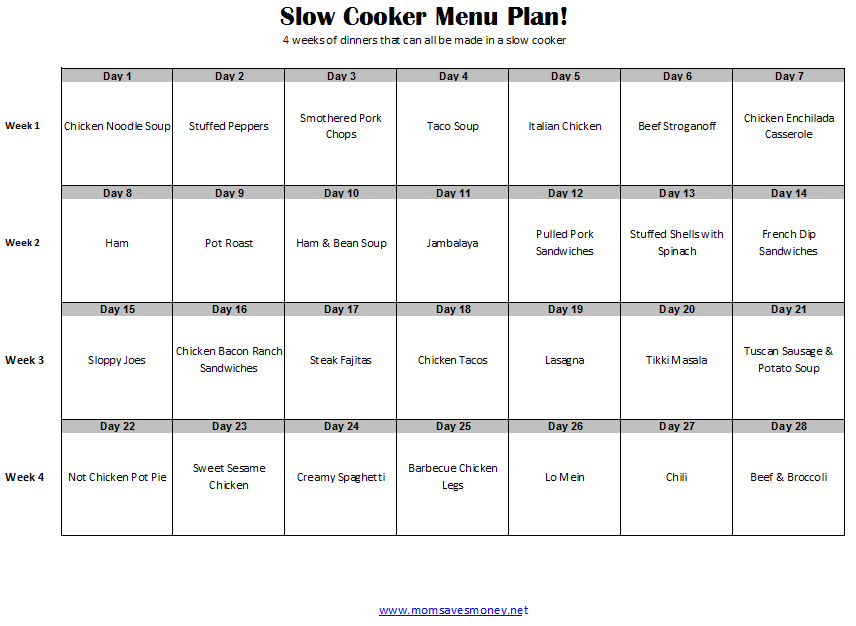 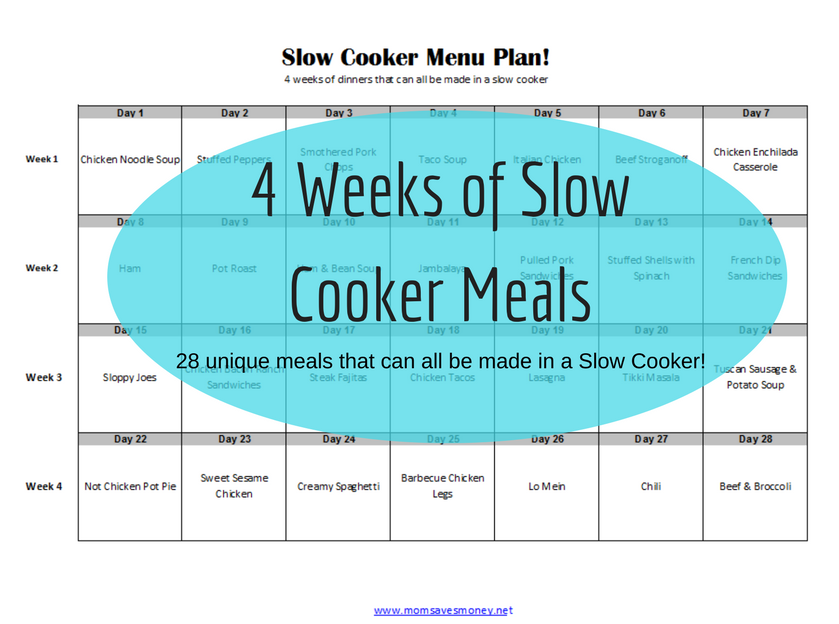 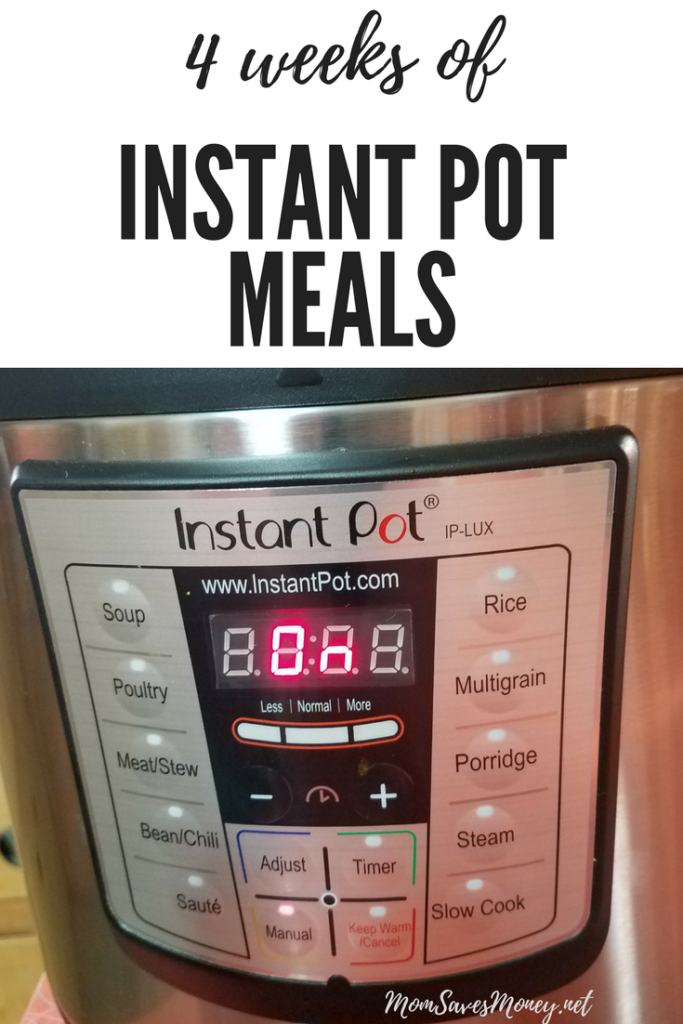 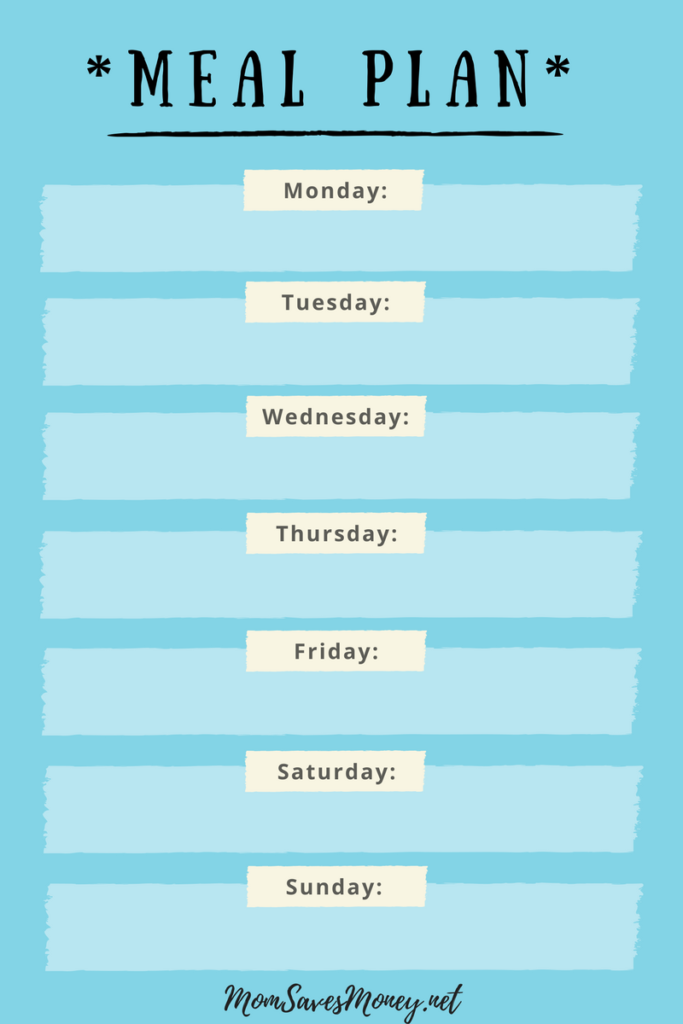 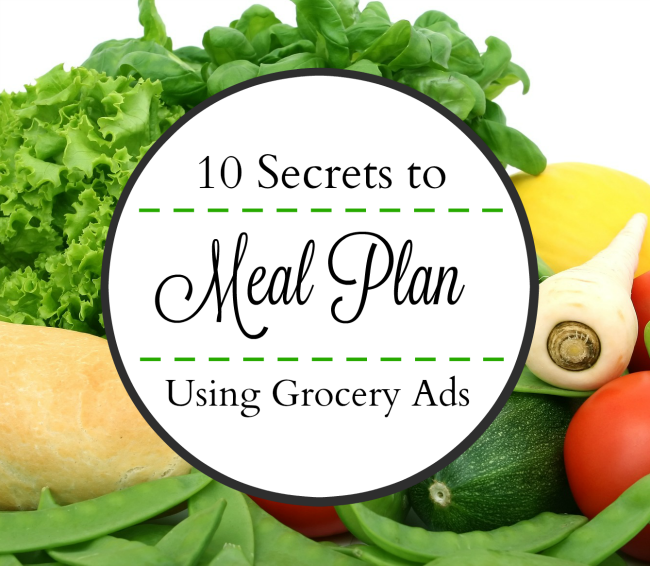