Looking for more than just a weekly menu plan?  Try this MONTHLY menu plan!  I’ve put together a plan for this month based upon common meals that we have at my house. 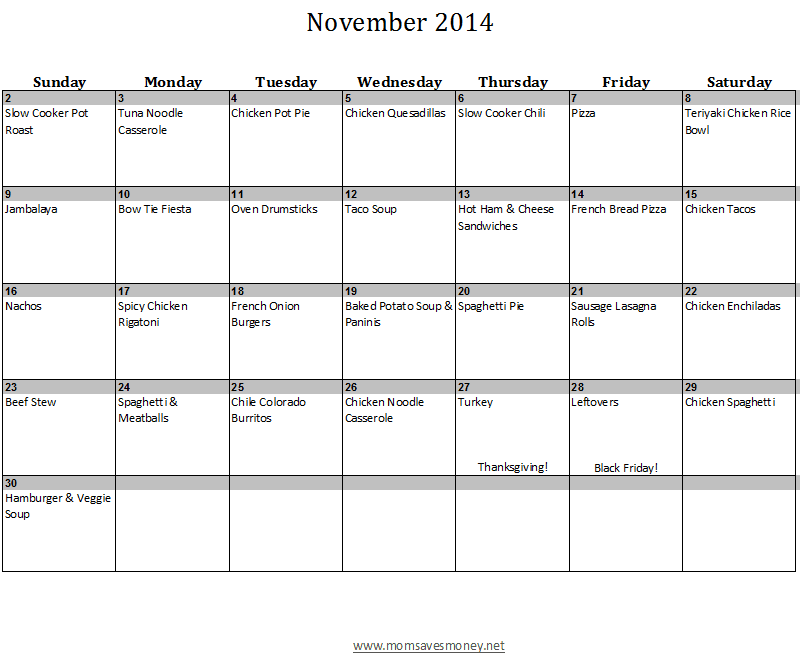 What if I want to see the Excel version?
Awesome!  You can download it here.

What if I don’t know how to make that meal?
Awesome!  Here are the links for the recipe that I usually use.

What if I want to plan for more than just dinner?
Awesome!  Feel free to print this out, write out breakfast & lunch meals.  Or you can edit it in Excel and make it your own!

What if I don’t like your beef stew recipe?
Awesome!  Use which ever recipe you normally use and just use this basic plan as a suggestion.

What’s cool about this menu plan?
I tried to have a variety of meals each week – some beef, some chicken, some pasta, some soups.  That way you won’t get too bored.  But there are also plenty of ways to save time when using this menu plan.  Examples:  When prepping chicken at the beginning of the month, make enough for Chicken Pot Pie and Chicken Quesadillas.  When browning hamburger for Bow Tie Fiesta, brown lots for the Taco Soup (2 days later) and for the French Bread Pizza (4 days later).  When buying (or making) spaghetti sauce for later in the month, buy or make enough for Spaghetti Pie, Sausage Lasagna Rolls and Spaghetti & Meatballs.